All original content, including cartoons, can be freely distributed. I'd appreciate credit being given to my site but if you want to just take it then go ahead. 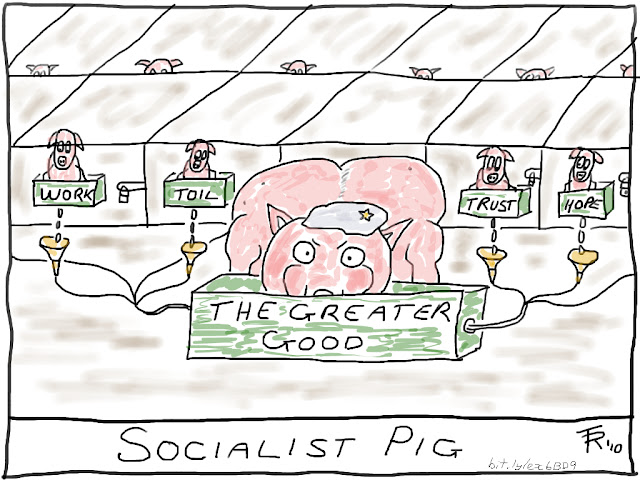 I have to thank my friend Andrew for sending me a "Capitalist Pig" cartoon as a potential (?) end point to a series of emails debating the merits of Free Markets and the pitfalls of Collectivism.
Posted by Ardeet at 12/16/2010 03:29:00 pm No comments: Links to this post 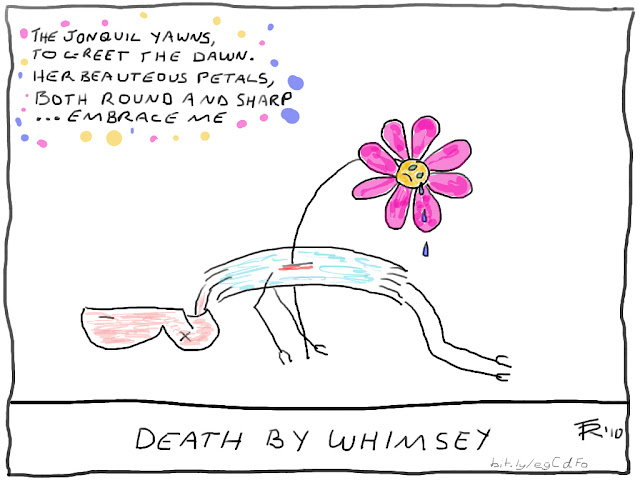 Email ThisBlogThis!Share to TwitterShare to FacebookShare to Pinterest
Labels: cartoon 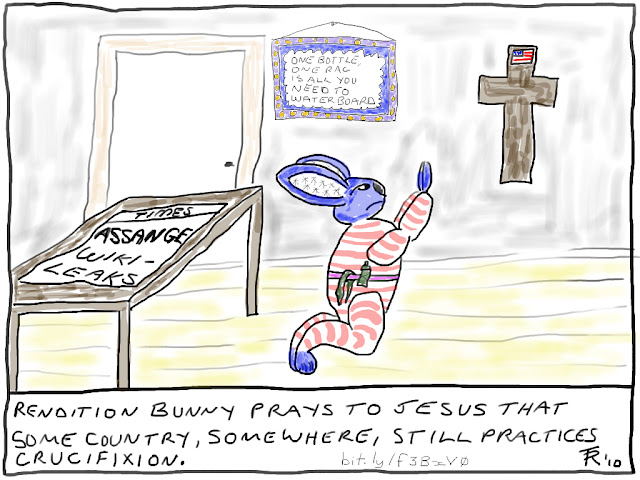 There are plenty of stories doing the rounds on Wikileaks and Julian Assange. Following are two that I consider notable for their accessibility and precision.

The first is "The Shameful attacks on Julian Assange" by David Samuels in The Atlantic. He clearly states why the vast majority of traditional media can hang their snivelling little heads in shame for their spineless bandwagonning against Wikileaks.


"It is dispiriting and upsetting for anyone who cares about the American tradition of a free press to see Eric Holder, Hillary Clinton and Robert Gibbs turn into H.R. Haldeman, John Erlichman and John Dean."
"Assange may or may not be grandiose, paranoid and delusional ... But the fact that so many prominent old school journalists are attacking him with such unbridled force is a symptom of the failure of traditional reporting methods to penetrate a culture of official secrecy that has grown by leaps and bounds since 9/11, and threatens the functioning of a free press as a cornerstone of democracy."
"It is a fact of the current media landscape that the chilling effect of threatened legal action routinely stops reporters and editors from pursuing stories that might serve the public interest - and anyone who says otherwise is either ignorant or lying."

The second story is by Julian Assange himself. "Don't shoot messenger for revealing uncomfortable truths" appears in The Australian. He talks of a new journalism called Scientific Journalism where you can click on the original document that spurned a story and make your own judgements.

A part of the story that I find particularly appealing is a summary of what the US diplomatic cables have revealed: 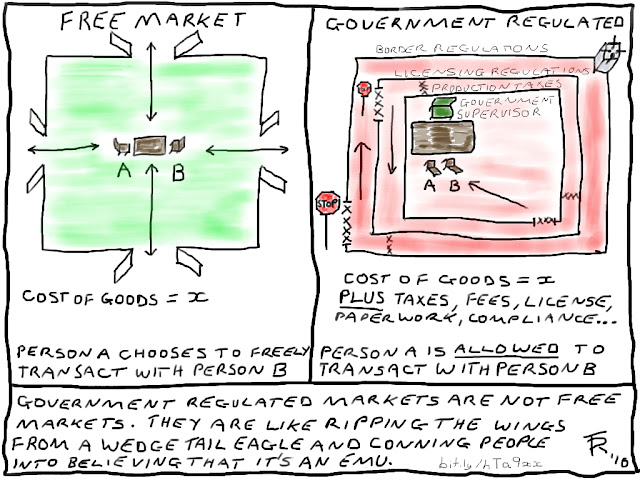 Government regulated markets are not Free Markets. They are like ripping the wings from a Wedge Tail Eagle and conning people into believing that it's an Emu.
Posted by Ardeet at 12/08/2010 01:09:00 pm 2 comments: Links to this post

Ardeet
Original content, including cartoons, can be used free of charge. I'd appreciate crediting but they're free to take.